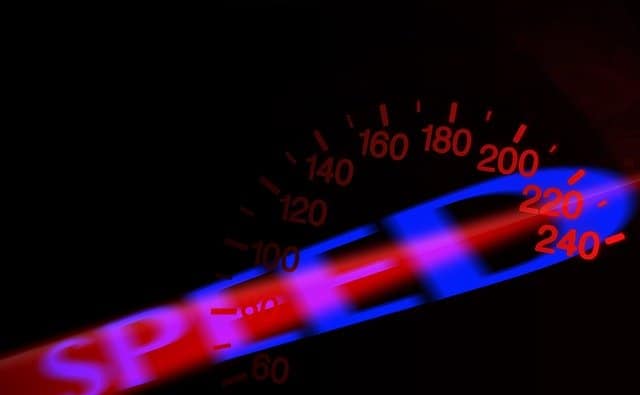 How Fast Are RC Cars

The speed of RC cars has increased over the years with the development of technology. Even the cheapest RC car can hit 30+ mph. The top RC cars can hit nearly 200 mph.

RC Cars are becoming more and more popular all over the world.

With the increasing demand for RCs, a question which is puzzling many enthusiasts and hobbyists is how fast to do RC Cars go.

We will today try to answer this question and also delve into the difference between the actual speed as well as scale speed in order to provide you with a clear picture.

The hobby RC cars will likely clock speed of up to 70 mph on the police radar gun.

There are modified as well as dragster RCs which can clock speeds of over 100 mph.

These RC Cars, however, are not easily available for purchase right away and need to be modified manually in order to make them clock such higher speeds.

What is real speed and scale speed in RC cars

When you speak about the speed of RC Cars, there are 2 metrics to consider.

One is the real speed and another is the scale speed.

We will go into the details of both in order to know more.

The real speed as the name itself suggests is the actual speed of the RC Cars.

The actual speed of the hobby-grade RC Cars is higher as compared to the toy-grade RC cars.

Generally speaking the fastest RCs are the nitro ones, but now these are closely followed by the electric RCs.

The way Scale speed is calculated is dependent on the speed at which the RC car can travel related to the actual car size.

It is calculated that if your RC car is a 1:10 scale then the scale speed will be 1/10th of the actual car in the real world.

You need to be pretty clear about the difference between scale speed and real speed in order to understand how fast your RC Car can go.

What are the factors which impact the speed of a RC car?

There are various factors which have a direct impact on the speed of the RC Cars.

There are many factors that can affect the speed of RC cars. Some of them include gearing, weight, battery charge level, and type of wheels used.

Lets look at what can affect the speed of your RC car.

The gearing of the car is one of the most important factors which determine the speed as well as acceleration of the car.

You can modify the pinion gear or the spur gear or both according to your requirement in order to get the performance which you want.

If you want to make subtle changes to the performance of your car, changing the pinion gear is a better option as compared to changing the spur gear.

You can attain a higher gear ratio by opting for the smallest pinion gear and going for the largest spur gear.

This will ensure that your acceleration is increased but the top speed is on the lower side.

Similarly, you can opt for low gear ratio by going for the largest pinion and the smallest a spur gear.

This might provide you with slower acceleration but the top speed will be on the higher side.

Thus, when you’re buying an RC car, it is important to check the gear assembly and the gear ratio offered and ask is it possible to modify the gearbox.

This will probably not be an option on toy grade RC cars.

The size of the car is another factor which has a direct impact on the speed of the car.

The 1st and foremost impact which it has is on the acceleration of the car.

The bigger and heavier the car, the slower will be the acceleration.

Similarly, the maximum speed which it can attain will also be on the lower side.

The type of motor which you use in your RC car plays an important role in the speed which can be achieved.

There are 2 types of motors to choose from.

The basic working of both of these motors is the same.

The only difference is that when your RC car is fitted with the brushed motor, friction inside the motor will take some of the power it would off used to reach top speed.

Owing to this very reason, the power efficiency of this motor is on the lower side.

When you look at brushless motors, you will realize that its main advantage is that they are up to 15% more efficient.

Thus, it will not only produce more energy but it will also result in less noise and heat.

If you are looking to pick the fastest RC car, you should pick the one with the brushless motor.

The Difference Between Brushed and Brushless RC Car Motors

If you’re looking for a faster RC car, it is a good idea to go for the lithium polymer batteries.

The runtime of the lithium polymer batteries is on the higher side.

Moreover, they have very low resistance as well.

The only problem is that the discharge rates are on the higher side.

Owing to this very reason, you need to charge them frequently.

On the other hand, when you opt for the nickel-based batteries, they are more affordable and require very little maintenance but they do not provide the same power as the lithium polymer batteries.

Ideally, on smooth surfaces, the RCs can travel at a higher speed.

That is why, when you’re racing using the RCs or when you’re just trying to attain the highest possible speed, it is a good idea to always stick to the smooth and paved surfaces.

The more uneven the surface, the lesser will be the speed of the RC car.

You have to keep this factor in mind and thereafter only, you have to use the RCs.

Back in the day it was surely nitro cars were much faster when compared to the electric cars and they were.

However, these days electric car modification kits are available.

These enable you to get more or less the same speed as the nitro cars.

In many cases now electric cars are faster in fact the world speed record is held by an electric powered car at over 200 mph.

The advantage of electric RC Cars is that the maintenance is on the lower side and greater control is provided.

If you’re looking to modify your electric RC Cars in order to attain a higher speed, then you can go for the electric RCs and after the modification, you will be able to get them up to a higher speed.

How to test the speed of an RC car?

When it comes to RC cars, for many the fastest is the best. However, many people often do not know how to test the speed of the RC car.

There are 3 different ways in which you can do so.

We will go into the details of all 3 methods below.

The radar gun is the kind which is used by the police officers in order to measure the speed of the cars.

You have to just hold it facing the car while the trigger is pressed.

You should point it to an area from where the car is to be passed.

This will help you get the exact speed of the car.

Speed guns are available to buy from major online retailers like Amazon and Ebay click on the links below to view.

There are many GPS speedometers on the market that can help you measure your vehicle’s speed. It’ll record your maximum and average speeds, as well as other information.

The only problem is that if you’re having a smaller RC car, it will be a bit difficult to install it on the car.

If you have medium sized or a larger RC car, there will be no problem at all.

This device is similar to a GPS receiver.

The data logger helps you in not only tracking the speed but also presents it easily in the graph form which helps you better understand which one of your RCs is performing the best.

It is a bit difficult to mount as compared to the GPS receiver.

With the help of these 3 methods, it will be easier for you to measure the exact speed of your RC Cars.

So, if RCs are your passion or even if you are just a hobbyist, it is a good idea to consider these few factors before buying an RC car.

Also, the speed which the RC Cars can attain can be up to 100 mph for the modified ones and up to 70 mph for the normal ones.

All in all, RCs are one of the best options for you if you enjoy the speed and the thrill of controlling them over different surfaces.