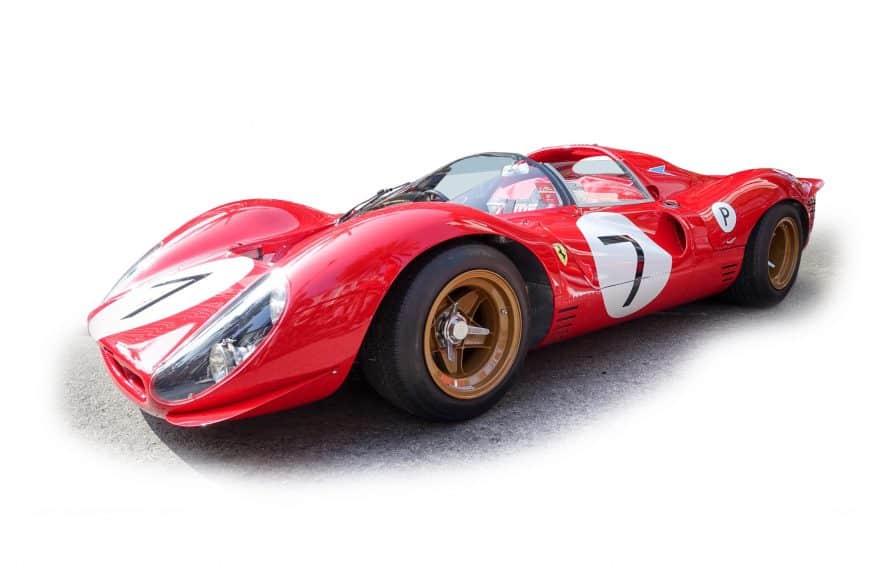 The Best 8 RC Car Makers With Some History

If you are in the market for a RC car you will be overwhelmed with the choice in makers and the models they produce.

So here is the best 8 RC car makers (with a bit of history) you should consider when making your purchase decision.

When I was looking for my first RC car I did not have a clue on where to start.

I spent a lot of time researching books magazines and the internet trying to find the best possible model.

That was a few years ago so now that I am armed with a bit more knowledge I decided to write this guide.

This is not a specific model guide we have a recommended page for that click here to view that page.

In this article we are just looking at manufactures.

But before we start lets go back to the start with a brief history of where it all began.

The first commercially viable RC car was produced in Italy by a company called Elettronica Giocattoli they made a 1:12 scale Ferrari 250LM.

By the early 1970s a UK company called Mardave had developed a nitro powered car and was successfully selling these models in the UK.

Also around this time several US companies decided to move into the RC car market away from the slot car racing that they had been doing before.

These were very popular and still are today.

In the early 1980s the cars were getting more sophisticated with better electrics and proper differentials.

Also at this time 1:10 scale was becoming very popular for electric RC cars.

Some of the companies in this list have a long history of model making going back to the 1940s.

The companies in this article are.

Ok let us start with the oldest.

The Tamiya Shoji and company was founded in 1946 by Mr Yoshio Tamiya.

The company started as a saw mill in the city of Oshika providing wood for mainly construction companies.

By 1947 Tamiya was producing wooden models of ships and aeroplanes.

These models were very successful and in the mid 1950s they made the decision to turn production solely to model making.

At the end of the 1950s it became apparent that plastic models were going to be popular and were in fact becoming popular.

In 1959 Tamiya produced its first plastic model and it was of the battle ship Yamato.

High production costs meant that the company lost money on every sale.

So the company went back to making wooden models.

This kept the company going until the second plastic model was produced this was to be a Panther Tank.

Throughout the 1960s and early 1970s the company worked hard to improve their plastic mould making techniques.

As a result the quality of the company’s products improved.

In 1976 Tamiya bought a Porsche 911 they then completely dismantled it and put it back together again.

They did this to understand the car and produce the company’s first RC car.

It was a 1:12 scale and was a great success and the rest as they say is history.

I love Tamiya and all their products.

They are good quality and making their kits is great fun and you learn so much putting them together.

They also have a good selection of models for all ages and skill level on the major online retailers.

Click here to learn more about Tamiya on Amazon

Click here to learn more about Tamiya on Ebay

Kyosho is a Japanese RC car manufacturer that was founded by Hisashi Suzuki in 1963.

Kyosho makes some of the oldest and most popular models on the market today, including the Dash which was released in 1970.

Considered to be the main rival to Tamiya.

Kyosho these days sells a range of models that are very high quality.

Both their RC cars and die cast models are very high end.

Click here to learn more about Kyosho on Amazon.

Team Associated was founded in 1964 by Mr Roger Curtis and Mr Lee Yurada.

They started a slot car track and this led them to making spare parts for the slot cars.

They also made chassis and accessories.

This was very successful they named this side company Associated Electrics.

By the late 1960s slot cars were falling in popularity so they moved into RC cars.

In 1970 they produced a 1:8 scale gas powered car this was a great success.

Throughout the 1970s all the models produced were a great success on the race circuits.

Today Team Associated are still known for making quality RC cars and accessories and are a good choice for serious racers.

Click here to learn more about Team Associated on Amazon

Schumacher racing was formed in 1981 by Cecil Schumacher.

Cecil Schumacher was a gearbox engineer who worked at Cosworth on their F1 project.

The company is based in Northampton UK.

The first car produced was a indoor 1:12 scale racer.

In the late 1980s they started to produce 1:10 scale off road buggies.

Throughout the 1990s and 2000s Schumacher became famous for making fun and fast nitro RC cars.

In 2001 Cecil Schumacher’s son Robin took over the running of the business.

Click here to learn more about Schumacher on Ebay

Traxxas is a company that has been around for over 30 years. They are more than just an RC car company, but they are constantly evolving and changing to meet the needs of their customers.

Traxxas was started in 1986 by Mike Jenkins.

The company is based in McKinney Texas USA.

Since then the company has gained a reputation for making quality electric and nitro RTR models of varying scale.

Click here to learn more about Traxxas on Amazon.

HPI was formed in 1986 by Tatsuro Watanabe in Southern California.

HPI started out by making spare parts for other RC manufactures models.

The company was very successful very quickly producing kits of their own first electric and then nitro.

HPI still today produce a wide range of quality on and off road models in various scales and power sources.

Click here to learn more about HPI models on Amazon.

Redcat Racing are a fairly new company on the RC market as they have only been formed in 2005. Despite being just over 10 years old, Redcat has made an impact with their expansive model range for all kinds of racing.

They offer everything from 1:5 scale models to compact 1:24 scales and even drift cars! All vehicles come ready-to due to RTR meaning that you can get right into it without any hassle at all if your looking for something fast or more high tech but low cost then these may be perfect

Redcat make both electric and nitro on road, off road, crawler and drift models.

Click here to learn about Redcat racing on Amazon.

Duratrax makes a range of after market accessories.

All the brands here offer a wide range of quality RC models and accessories in all sizes and power source.

No matter what your skill level is these companies will have a model that is suitable for you.

Duratrax spares and tools are available on Amazon.

Are Bezgar RC Cars Any Good?

Are Kyosho RC Cars Any Good?

Are Tamiya RC Cars Any Good?

The top 25 RC cars you can buy today.