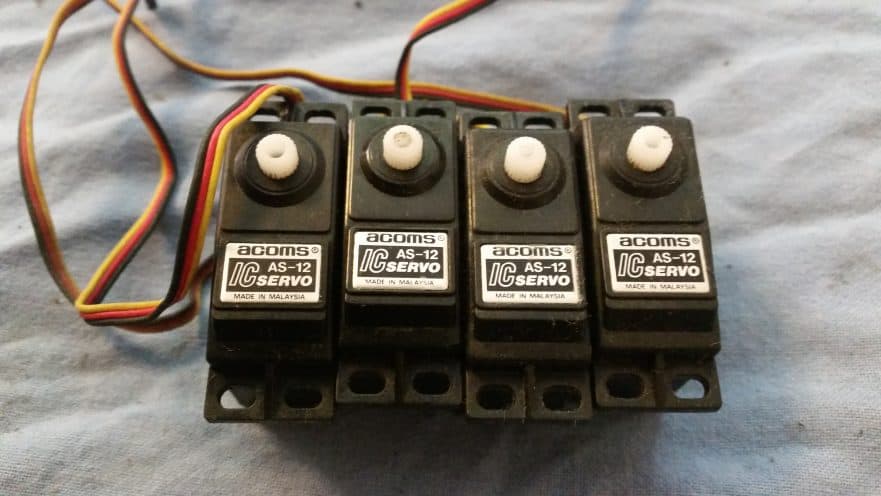 What is a RC Car Servo a complete Guide

RC cars are controlled by servo motors. Servos have the unique ability to rotate in both directions, and are typically used as speed changing mechanisms on RC cars, or for steering.

They can also be used to power other moving parts of the car such as a winch or even an aero wing. This article will discuss all aspects of servos and how they work.

All about remote control car servos.

These two little black components come in a range of sizes, power, torque and a choice of analogue or digital.

In this post we are going to look at servos what they are, how they work and the different types.

If you bought your RC car complete the servos that are fitted are probably very capable of everything required.

But as you move up you may want to build your own car or upgrade your existing model and when it comes to choosing which servo the options can be overwhelming.

So let’s have a look at servos.

What is a Servo?

The RC servos are very accurate in following the directions from the transmitter this makes the servo very precise in controlling the motion of the machines.

In simple terms, RC servos use onboard battery power to convert electrical commands into physical movement.

How does a servo work?

The performance of a servo is based on the control signals called pulsed signals that tell the motor where to go.

While the power supply wires provides voltage to the plug and the ground does what is supposed to do, the control signal is the wire that communicates the messages to motor and tells it where to go.

This can be achieved through pulsed signals called Pulse Width Modulation or PWM.

The servomotor has a rotating shaft and potentiometer that detects it position.

When there is a pulse from the control signal, it applies current to the motor that makes the shaft move untill the potentiometer indicates that the position is in line with
the width of the pulse.

This is a feedback from where the pulse width tells the motor about the desired position and potentiometer makes the shaft the
necessary move.

In the beginning just like many electronic devices, servos used to come only in analogue form, and now with progress like everything else, they come in a digital form too.

Before we determine which type of RC servo is better, let us have a look at the functionalities of both these types.

There is no physical difference between digital and analogue servos.

The components, circuit, mechanism, everything remains same. The whole difference is in the way the PWM signal is processed.

The digital servos have digitally controlled pulses which are far faster than the analogue servos.

The analogue servos don’t react quickly or produce much torque.

Digital servos though have the same parts as analogue including the wire plug, the difference is the way PWM is processed, as discussed earlier.

The digital servo has a small microprocessor that receives the signals and process them into a high power pulses to servo motor.

If an analogue sends 50 pulses per second, here the motor receives 300!

The digital servos have many more advantages over analogue servos.

They are fast, have quick response, higher resolution and better battery power.

One major drawback of a digital servo is its high power consumption.

This is being minimised now a days with the manufacturers bringing out higher powered batteries, but power consumption is definitely on the higher side with digital servos.

So to summarise, digital servos are always better than analogue ones when come to performance and speed.

Even the lower spec digital servos provide more speed and torque than the analogue servos.

Now let us look at the types of motors that go into the servos.

There are three types of motors that are used in servos.

These are the standard 3 pole electric DC motor which has 3 conductor commutator with 2 brushes feeding positive and
negative current.

The 3 pole brushed motor are the most common DC motors.

They come in both analogue and digital ones and whichever you chose, they are mostly low cost.

There is then another variant in the brushed motor with 5 poles instead of 3. As a result, this gives more torque and acceleration. RC powered vehicles need more torque for desired
functionality.

While a 5 pole motor works faster than a 3 pole one the same is true for both analogue and digital.

The standard servo motors come in 3 or 5 pole variant.

However, this motor uses a steel core with wires wound around it, and on the end is a commutator.

The motor has magnets and the armature spins inside it.

The drawback of this motor is all the weight due to steel and magnets and it takes time for the motor to start and speed up.

Coreless servo motors eliminate this disadvantage of slow starts by removing the steel core from the motor.

This reduces the weight to start with and higher torque because of the lighter body.
To make things easier, copper wires are used around the motor shaft and the commutator.

The torque rating of a servo means the amount of force it can produce to move whatever it is connected to.

So if your servo has a rating of 10kg then that is how much turning force that can be applied.

Servos with a high amount of torque are most useful on crawler steering.

It is always good practice to have a servo that has a higher torque rating than is needed this will eliminate torque stalling.

This is very easy to explain.

The speed rating of a servo is the time it takes the servo to turn 60 degrees.

So for example if your servo has a speed rating of 0.40 it will take 0.40 seconds to turn 60 degrees unloaded.

If you have a drift or a race RC car you would obviously a high speed rated servo.

The rating is calculated with the servo arm not connected to anything.

So based on what we have seen in this post, always go for a digital servo because even a servo with low specs can outperform the analogue servos of standard variants.

Coreless and brushless seem to have lot of similarities, but when it comes to speed, efficiency and performance, brushless servos are clear winners.

Coreless are good too and can be used in smaller RC cars.

To conclude, RCs have evolved a lot over a period of time and continue to do so.

However, while selecting what remote control car servos to use, the basic questions you need it to ask is whether it is going to be digital or analogue .

How to break in your nitro engine ( a complete guide)

Difference between brushed and brushless motors.

What is a ESC for a RC car.

How to diagnose faults on a RC car.