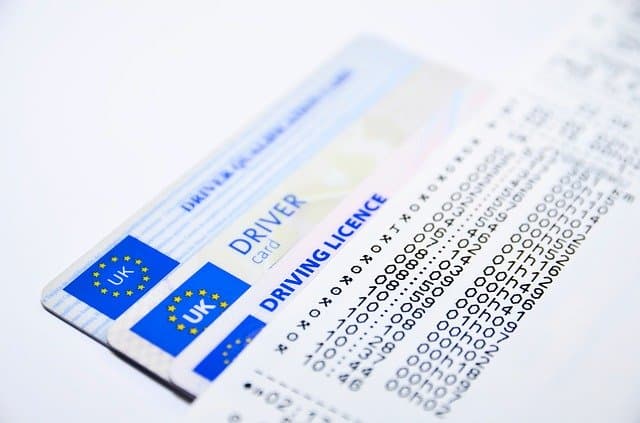 Do you Need a License to Race RC Cars

Generally speaking you do not need a license to race RC cars but they could be subject to local by laws.

Using RC cars as a hobby is something that is not only fairly common but quite popular around the world.

In the United States, Canada, and the United Kingdom especially, this hobby has a deep following that covers all aspects.

It is easier to get started with these exquisite, fun machines than ever before.

With the advent of the Internet, now you can Google everything that you need to know in a matter of minutes with videos and tutorials just a click away.

But there still may be questions that you have regarding any possible licenses or ordinances surrounding these souped-up mini cars.

It can be difficult to know all of the laws and ordinances in your local municipality and the last thing that you want is to violate one of those rules and find yourself in some trouble.

Are There Age Restrictions on the Use of RC Cars?

RC cars are not restricted by any age, but there is still a level of responsibility that accompanies the use.

RCs may go into areas where they can cause disruption or harm to people and animals because these small vehicles don’t have proper braking systems like their larger counterparts do.

It’s important for those who want to run RC car races in public places that they check there are no with other people on foot or other pedestrians nearby who mite be injured if they were to get to close to the cars. Take these steps beforehand so as not to endanger anyone else and this will save you a lot of trouble.

Most municipalities will lump in RC cars with other vehicles that may or may not be used in a specific area.

Generally speaking, it is understood within the hobby community that an RC car is something that young children can use.

It is also accepted that there will be an adult in the company of those children under a certain age when they are controlling their RC cars.

Still, you won’t have to worry about receiving a fine if your child is operating an RC car in a public place.

Each municipality may have specific restrictions on vehicles of all types as well as noise or disturbance ordinances so be aware of those.

Despite a lack of laws in place specifically for RC cars, it is highly recommended that if your child likes to play with them, you accompany the child to the desired destination.

This way, you can provide proper supervision to prevent any accidents that may occur with the car.

One of the more common issues that does occur when it comes to the use of RC cars is public noise ordinances.

Again, these can vary based on local municipality so it is important to check out your local ordinances and laws for times and restrictions.

Generally speaking, so long as your RC car is not obnoxiously loud or creating a lot of smoke or smells, you should be okay to run it just about anywhere.

Because it is a small vehicle, it flies under the radar of most vehicle ordinances and restrictions.

There have been plenty of instances, however, where RC cars have earned their operators a ticket or fine.

This is because some nitro-gas powered cars can be quite loud and emit fumes that can become quite visible and smelly.

A general rule of thumb is to perhaps call your local municipality and ask ahead if your RC car will present any problems.

Most of the time, they won’t, but it is better to be safe than sorry when it comes to receiving fines.

Driving Them in the Streets

What is completely inadvisable, however, is running your RC car in the street.

While it might seem cool to race it down the road as you would a normal-sized car, there are some serious downsides to this both for the car and yourself.

Depending on the local cops, they might ticket you for creating a traffic hazard.

While this might seem as if it would be a bit much, they are not wrong.

A car racing around in the street could cause a distraction for local drivers, causing them to jerk one way or another based on sheer instinct.

Now keep in mind that it is probably okay to drive it on a residential street right around your house.

Always be aware of traffic patterns and make certain to keep your RC car away from the regular-sized ones that may be roaming around but you will likely not run into issues with the local authority.

Even if there weren’t the possibility of being fined or ticketed, there is the real possibility that your RC car could get hit by a real car.

And given the size discrepancies there, it is safe to say who would win that battle.

Being safe rather than sorry should come into play with your RC car because it is a common-sense move and it will save you on having to replace a smashed car.

The city will not be liable if your car gets run over so the costs of replacement or repair will fall on your shoulders alone.

Despite the fact that there are no official laws, licenses, or ordinances in place for the operation of RC cars, it is important to implement some common-sense practices along the way.

If you put yourself or your car in unnecessary or dangerous positions, there are only downsides to be had.

As stated previously, you will run the risk of your car being damaged or destroyed if you operate it near traffic.

Being unsafe in instances such as this can not only lead to your car becoming damaged or destroyed but also lead to distracted drivers on the road.

That can lead to even more danger and damage, creating quite the situation that could have been avoided.

When it comes to operating your RC car in a public space such as a park, again, common-sense rules apply.

Don’t bring a super-loud, souped-up car that emits a ton of gas and smoke or drowns out the noise of anything in the area.

At best, that will earn glares from others in the area and you never want to be that person.

For those who are really bothered by your RC car, they could report it to local authorities, leading to fines or tickets for excessive noise or smoke.

Avoid those issues by implementing common sense whenever you operate your RC car.

How Much Does It Cost To Start Racing RC Cars

How Much Money Can You Earn By Racing RC Cars?

Who makes the fastest RC Car in the world.

The best 8 RC Car makers( with a bit of history)

To participate in events in the USA and Canada click here